History to date of Au Pair In Ireland

History of Au Pairs in Ireland

In-home care in Ireland has evolved from the practice of recruiting a local person known to the family to a highly legislated, complicated compliance agenda encompassing the global migration of au pairs and carers. Cara International was set up in 2000 when the year that the minimum wage was enacted. Cara International wrote to the government, who stated that Au Pairs were not workers. This was in line with the Council of Europe’s (1969, p.3) description of an au pair, which said that “persons placed ‘au pair‘ belong neither to the student category nor the worker category but to a special category with features of both”. The 1969 Convention recognised au pairing as providing an opportunity for linguistic and cultural skills development in the Member States. Cara International adopted this treaty in the absents of other legislation. The advancement in the internet helped Cara International to grow its business initially. However, this advancement also helps other online non-vetting Au Pair and minding sites and social media recruitment to grow. This has resulted in a watering down of vetting procedures, which is not safe for anyone, particularly the children.

As chair of the Irish National Au Pair Association in 2015, Caroline Joyce worked with Finna Fail to introduce the Au Pair Placement Bill (2016), which was unfortunately defeated.

Caroline also made representations on behalf of the association to the Low-Paid Commission regarding board and lodgings deductions (see here for more information). The L.P.C. (2017, p.16) reported little evidence of the formal usage of National Minimum Wage/board and lodgings in the D.W./au pair sector (p.6) being presented to them but determined that the allowances were never intended to represent the market value of the provision. Cara International believes persons employing people in a live incapacity in their home are underrepresented at these talks because of the undocumented nature of this type of employment. The Commission’s report recognised that there should be some form of compensation to employers for providing board and/or lodgings (L.P.C., 2017, p.16), but nothing has happened in this regard today.

The Programme for Government (Department of the Taoiseach, 2020, p.80) recognises that Ireland’s recovery must work for families, valuing all parents’ work, ensuring that they are supported in their childcare choices, whether that be with childminders, in childcare settings, or the home. The first step will be to develop information for families and In-home minders such as Au Pairs and Nannies. The second step is to develop training for those Au Pairs and Nannies. Au Pairs and nannies have been included in the National Action Plan For Childminding (2021-2028). However, funding for families under the childcare scheme has not been included in this strategy which is disappointing. Such funding would help address the black economy in in-Home Care and encourage more compliance, which is good for everybody.

Cara International suggests that Ireland has a legal obligation to adopt the following E.U. directive to protect Au Pairs.

DIRECTIVE (E.U.) 2016/801 OF THE EUROPEAN PARLIAMENT AND OF THE COUNCIL of 11 May 2016 on entry and residence of third-country nationals for research, studies, training, voluntary service, pupil exchange schemes or educational projects, and au pairing. It states that the Member States may determine that the placement of au pairs shall only be carried out by an organisation mediating au pairs under the conditions defined in national law. Cara International suggests that people who want to have the choice of employing someone in their home lobby their local politicians here.

The reality is, if you are employing a person in the home, be it a nighttime babysitter, the girl next door, or a person from outside of Ireland, you have significant obligations as an employer under several pieces of legislation, and the Workplace Relations is still actively pursuing cases.

History to date of Au Pair In Ireland Continued

The role of Au Pairs has been recognised as unique by the EU since 1969 when the European Agreement on “au pair” Placement and Protocol was agreed which Considered that persons placed “au pair” belong neither to the student category nor to the worker category but to a special category which has features of both, and that therefore it is useful to make appropriate arrangements for them

Cara International is calling on the Government to ratify DIRECTIVE OF THE EUROPEAN PARLIAMENT AND OF THE COUNCIL on the conditions of  entry and residence  of third-country nationals for the purposes of research, studies, pupil exchange,  remunerated and  unremunerated training, voluntary service  and au pairing

Where is the Irish Government now on Au Pairs now?

In 2016, The Irish National Au Pair Association worked with Minister Anne Rabbitte to help enact an Au Pair Bill. This bill was defeated.

As a result of this ratification, families who employ anyone in their home are Employers with legal compliance with several pieces of Legislation.

The 2021 Irish Programme for government page 80 states that

“We also want Ireland’s recovery to be one that works for families. We value the work of all parents and will ensure that they are supported in their childcare choices, whether that be with childminders, in childcare settings, or in the home”.

To date there has been no action taken by Government to support that choice in the home.

Au Pair & Nannies Registering with a GP in Ireland

It’s essential now, more than ever due to COVID 19 to register with a GP in Ireland.

Up to now students in Ireland could available of the Student Leap Card. However, non-student young adults such as Au Pairs did not have an option. From Monday the 9th of May 2022 Au Pairs under 24 can apply for a Young Adult Leap Card for use when travelling. Learn More Here

Where Do We Place?

We are hear to help and have expertise in the field. Learn More About Us Here 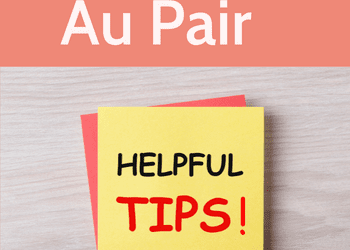 "It's an incredible experience you will learn a lot of new things and meet people from different countries.""All of South and West Ireland are beautiful, and you don't have to go so far, only just take the bike to see nice mountains, sheep and cows eating on the...

END_OF_DOCUMENT_TOKEN_TO_BE_REPLACED 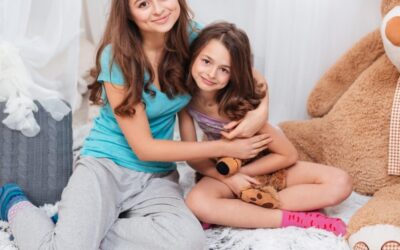 Scroll Down to See Available Profiles

END_OF_DOCUMENT_TOKEN_TO_BE_REPLACED

No, au pairs and childminders who come into your home to mind children or family members have to be paid the Minimum wage under The Minimum Wage Act 2000. Families much comply with several pieces of legislation, including The Working Time Act 1997, The Payment of...

END_OF_DOCUMENT_TOKEN_TO_BE_REPLACED

Should families register Au Pairs with Revenue?  Cara International is frequently asked if domestic workers in family homes, including au pairs, must register with Revenue? Answer Revenue introduced PAYE Modernisation in January 2019, and this is a real-time PAYE...

END_OF_DOCUMENT_TOKEN_TO_BE_REPLACED
Manage Cookie Consent
To provide the best experiences, we use technologies like cookies to store and/or access device information. Consenting to these technologies will allow us to process data such as browsing behavior or unique IDs on this site. Not consenting or withdrawing consent, may adversely affect certain features and functions.
Manage options Manage services Manage vendors Read more about these purposes
View preferences
{title} {title} {title}