Why get an Au Pair

10 Reasons to Host an Au Pair

Pulling your hair out over childcare?

If you have any questions 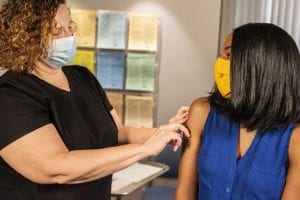 Advice to Parents/Employers on COVID Travel and Vaccination

Many Au Pairs/Nanny Minders and families are not sure how to deal with COVID. At Cara International, our families have been providing a 14 day isolation period, throughout the pandemic. More recently, our Minders have been taking the private PCR COVID test before arrival, at their own cost. Parents are generally paying for the PCR private test 5 days post-arrival and if it is clear they can then start work and finish their isolation period. We are also providing our minders with COVID training for minders, to help keep our families safe. Cara International encourages Minders and families to register for their Public Service Card (PPS). This requirement will become more important as the vaccine rollout progresses. If you are a minder in Ireland, you are required to provide your PPS number in order to access a COVID Vaccine. If you do not have a PPS number, then you will be referred to a health identifier section in the HSE, where you will be required to provide proof of id, ideally a copy of your passport and official proof of address.

Hotel Quarantine is in place for certain countries. Please read more here.  Please check your own individual country for the most up to date Travel advice here

Calls for Ireland to ratify EU Directive on Au Pairs

In-home care in Ireland has evolved from the practice of recruiting a local person, known to the family, to a highly legislated complicated compliance agenda encompassing global migration of au pairs and carers. Cara International was set up in the year 2000. The minimum wage was also enacted this year. Cara International wrote to the government, who stated that Au Pairs were not workers. This was in line with the Council of Europe (1969, p.3) description of an au pair which stated that “persons placed ‘au pair‘ belong neither to the student category nor to the worker category but to a special category which has features of both”. Cara International adopted this treaty in the absents of other legislation. The 1969 Convention recognised au pairing as providing an opportunity for linguistic and cultural skills development with the Member States. The advancement in the internet helped Cara International to grow its business. However, this advancement also helps other online non-vetting Au Pair and minding sites and social media recruitment to grow.  This has resulted in a watering down of vetting procedures, which is not a safe practice for anyone.

However, while technological advances facilitated Cara International initially,  but it also aided the growth of non-vetting agency sites and social media platforms, resulting in the watering down of vetting and safe recruitment practices for work with children. This resulted in the mistreatment of au pairs and the first highly publicised legal challenge to the Minimum Wage Act in 2015 in which an Au Pair was awarded €9,000 under the Minimum Wage Act. This set a precedent that all Au Pairs are workers. Irish National Au Pair Association in 2015 worker with Finna Fail who introduced the Au Pair Placement Bill (2016), which was unfortunately defeated. The Irish National Au Pair Association also made representations to the Low-Paid Commission regarding board and lodgings deductions, which are now set as here. The LPC (2017, p.16) reported little evidence of the formal usage of National Minimum Wage/board and lodgings in the DW/au pair sector (p.6) being presented to them but determined that the allowances were never intended to represent the market value of the provision. Cara International believes persons employing people in a live incapacity in their home are underrepresented at these talks, because of the undocumented nature of this type of employment.  The Commission’s report recognised that there should be some form of compensation to employers for providing board and/or lodgings (L.P.C, 2017, p.16) but nothing to date has happened in this regard. However, the Programme for Government (Department of the Taoiseach, 2020, p.80) recognizes that Ireland’s recovery must be one that works for families, valuing all parent’s work, ensuring that they are supported in their childcare choices, whether that be with childminders, in childcare settings, or in the home. Unfortunately, to date there has been no inclusion of in-home care supports for family employers in policy documents.

Cara International suggests that Ireland has a legal obligation and should adopt the following EU directive to protect Au Pairs.

DIRECTIVE (EU) 2016/801 OF THE EUROPEAN PARLIAMENT AND OF THE COUNCIL of 11 May 2016 on the conditions of entry and residence of third-country nationals for the purposes of research, studies, training, voluntary service, pupil exchange schemes or educational projects, and au pairing. It states that the Member States may determine that the placement of au pairs shall only be carried out by an organisation mediating au pairs under the conditions defined in national law. Cara International suggests that people who want to have the choice of employing someone in their home lobby their local politicians here

The reality is, if you are employing a person in the home, be it a nighttime babysitter, the girl next door, or a person from outside of Ireland, you have significant obligations as an employer under several pieces of legislation and the Workplace Relations is still actively pursuing cases.

International Labour Office (2016, p.54)  recommends a two-pronged approach to helping domestic workers and the families that employ them.

The first approach is detection, deterrence, and sanctions, while the second approach is removing barriers through the simplification of processes to the formalisation of jobs. The report suggests strengthening the benefits and incentives of formal jobs, through income tax deductions or tax credits, VAT (Value Added Tax) reductions (for company service providers), wage subsidies, lower social security contributions, and exemptions.  These measures would certainly help in-home workers and their employers, as well as the agencies, placing in this volatile sector.

Registering with a GP in Ireland.

It’s important now more than ever due to COVID 19, to register with a GP in Ireland.